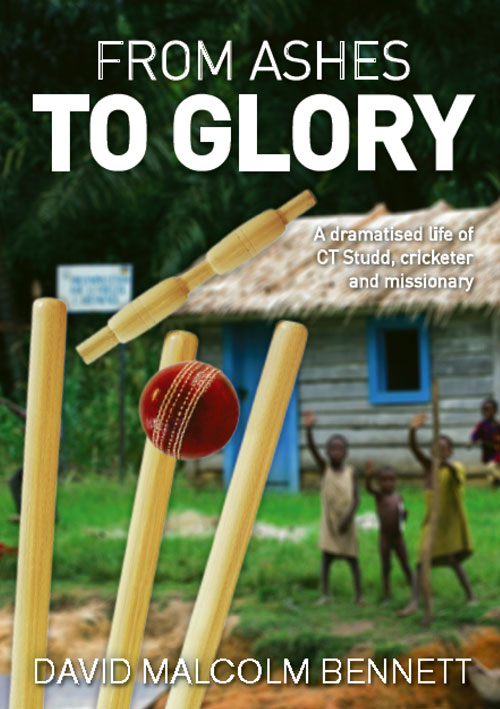 From Ashes to Glory

A Dramaticised retelling of CT Studd, his cricket, his mission work and the decisions he made which helped form the mission organisation WEC International. CT (Charlie) Studd was a cricketer of the highest class. He played in the famed Test Match between England and Australia in 1882 that began the legend of the Ashes. From Ashes to Glory tells the story of this remarkable, dedicated man, and contains an authentic account of the 1882 Ashes Test, with all its drama. At the peak of his fame Studd retired from cricket to serve as a missionary in China. In 1885 he was one of seven men of wealth and privilege ('The Cambridge Seven'), who shocked the nation, by giving up everything to take the Gospel of Jesus Christ to the Chinese. While there he suffered much, but saw many people come to Christ. He later spent six years as a missionary in India, where he opened a school which is still serving the community today. In 1913 he went to Central Africa and became the founder of the mission organisation WEC International, which today has about 1,800 workers in 50 countries. Dr Evan Davies, former International Director of WEC International, recommends this book and reminds us that 'Today thousands enjoy being part of God's family because of Studd's pioneer example.