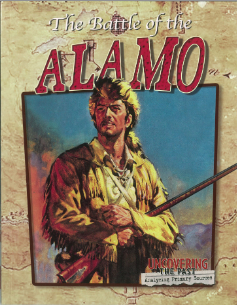 Battle of the Alamo

Victory or Death — the famous and stirring words of William Barrett Travis were written in a letter from the Alamo to the people of Texas in February 1836. This and other brash and brave letters, first-hand accounts, and documents are skilfully deconstructed in this detailed examination of The Battle of the Alamo, a last stand that proved to be a turning point in Texas’ War of Independence from Mexico. Readers will learn about the events leading up to and after the battle, be able to separate fact from myth, and better understand the perspectives of both the Texans and Mexicans.